Ancient Rome The History of Rome

We made this map from salt dough. Simply mix two parts flour to one part salt. Add warm water and food coloring to the mixture to form a dough. Add this on top of a paper map. Label the map when dry.

Roman Empire at the time of the Emperor Trajan   114 AD

For a while the northern part of Italy was inhabited by the Etruscans. The southern portion of Italy was inhabited by the Greeks. In approximately 753 BC, small tribes moved into Italy and settled along the Tiber River. Some of these small tribes were Latin. These Latin tribes did not want to be ruled by the Etruscan kings. They got together an army and fought the Etruscans. This occurred around 509 BC. After gaining power, the Latins decided to choose two men to rule instead of a king. These men were called consuls. The consuls served for one year. They were often generals.

The newly formed army continued to fight for their town. This town was named Rome. After fighting the Etruscans, the army fought the tribes in central Italy. Finally the army had to fight the Greeks in Southern Italy. 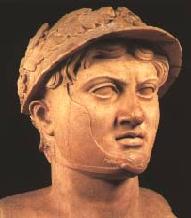 The Greeks hired the best general to fight the Roman army. His name was Pyrrhus of Epirus. Pyrrhus defeated the Roman army twice. He lost so many men that he had to return to Epirus. By 250 BC, Rome was the master of all Italy.

The Roman army made all the people they conquered citizens. At first they were considered only part citizens, but they later became full citizens.

By 206 BC, war broke out with the people of Carthage in North Africa. Carthage tried to take over Sicily. The Greeks asked the Romans to help them fight. This fight turned into a series of three wars called the Punic Wars. 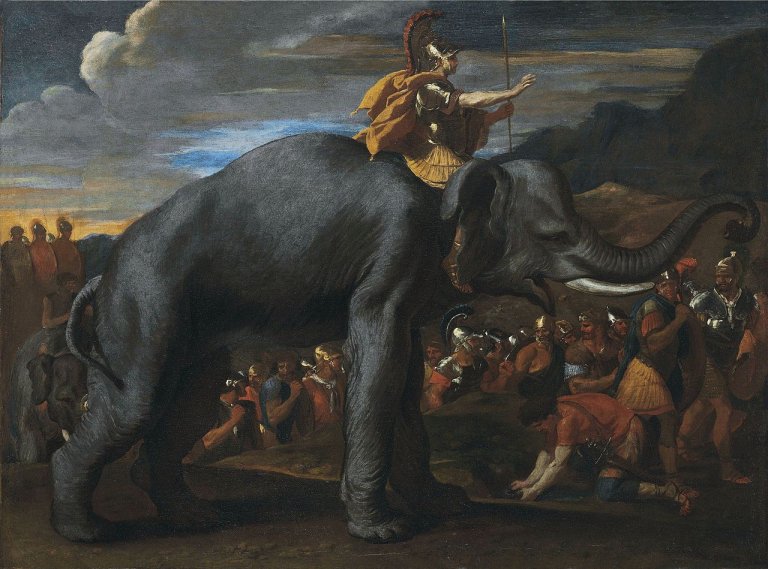 In the Second Punic War (218 - 201 BC), Hamilcar Barca's son, Hannibal, decided to carry out his father's plan to invade Italy. Hannibal gathered a huge army. Many of Rome's enemies joined the army. In 218 BC, Hannibal began a march toward Rome. He started with 90,000 infantry, 12,000 cavalry, and 40 elephants. The army had to cross Gaul and climb the Alps. Only half of the army reached Italy.

Once Hannibal reached Italy, he collected more troops. The Romans sent several armies to fight against Hannibal, but Hannibal defeated them all. The Romans cut off Hannibal's food supply, so he couldn't reach Rome.

The Romans, fearing that Hannibal would attack Rome, sent the biggest army ever to fight Hannibal. The two armies met at a river. Hannibal allowed the Roman army to reach the center of the fight. Hannibal's army closed in on them, and the slaughter was horrible. Hannibal lost 8,000 men. The Romans lost 70,000 men. This battle was called the Battle of Cannae.

This war ended when the Roman army invaded North Africa. Hannibal and his army had to leave Italy and go back to defend Carthage. Hannibal had been in Italy for 15 years.

Hannibal had to run for his life when Carthage was defeated. First he went to Tyre, then to Ephesus. Each place Hannibal went, the Romans followed. Finally Hannibal asked the King of Bithynia to house him. This worked for a while. The Romans demanded the King of Bithynia to give up Hannibal. Hannibal poisoned himself. He carried poison in a ring he wore on his finger. Hannibal was 64 years old when he died.

The Fall of Greece 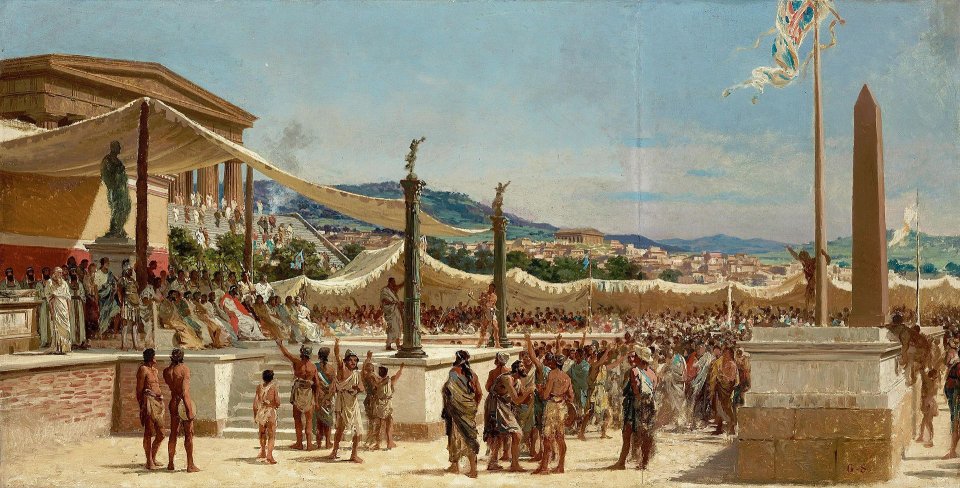 A few years later the Romans decided to send another army to fight. This army was commanded by General Mummius. Mummius took the city of Corinth. His army killed all the men and sacked the city. The women and children were sold into slavery. The Romans carried tons of art back to Rome. The art was given to a few rich people.

The Romans had to send armies out to the frontiers to keep the farmers and herders from fighting. The armies were a long way from Rome. This was a major issue. The soldiers felt loyal to the generals whom they had direct contact with, and not the consults who were miles away in Rome. The result of the Romans having loyalty for their general and not their consuls resulted in a civil war. 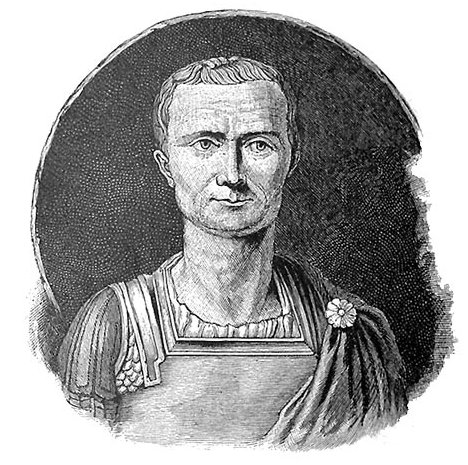 One powerful general named Pompey went to conquer western Asia with his army. The senate feared Pompey and tried to take away some of his powers. Pompey aligned with two other generals, Crassus and Julius Caesar. These three men were the power of Rome. 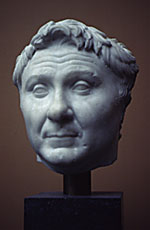 Caesar was the governor of Gaul. Caesar had spies in Rome to tell him when the time would be right to march in and take over. The senate ordered Caesar to stay in Gaul. Caesar decided to march anyway.

Pompey didn't like what was happening. He gathered an army to fight Caesar. The two armies fought in Northern Greece. Caesar and his army won. After this Caesar did some traveling. 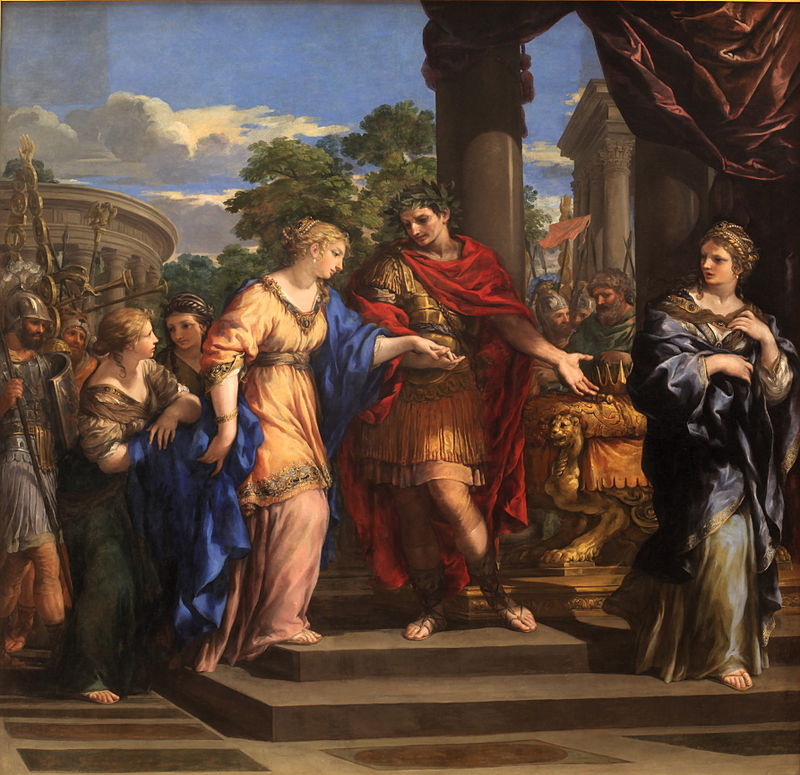 Caesar fought some battles in western Asia, North Africa, and Spain. He met Cleopatra in Egypt during these travels. Cleopatra and her brother were the rulers of Egypt. Cleopatra's brother feared his smart sister. He had his men take Cleopatra out of Egypt. Julius Caesar heard of this and sent for Cleopatra. She wrapped herself in a rug and had herself delivered to Caesar. Cleopatra and Caesar fell in love.

Caesar returned to Rome a hero. He began making changes in the government. Most of these were good changes, but the senators didn't like Caesar. They thought they were losing power. Two senators, named Brutus and Cassius, developed a plot to kill Caesar. They stabbed him 27 times right on the floor of the senate. Caesar was 58 years old.

Marc Antony was Caesar's friend. They had been consuls together. The Roman people looked at Antony as a leader. Citizens expected Antony to take Caesar's place, but Caesar named an heir in his will. The heir Octavian was only 18 years old. Antony and Octavian began to control Rome.

Once in power, Antony took a trip through parts of the Near East. He even went to Egypt and fell in love with Cleopatra.

Antony and Octavian each wanted to control the Roman Empire. They became rivals. Octavian defeated Antony in a sea battle off the coast of southwest Greece. Antony and Cleopatra killed themselves instead of facing defeat. Antony stabbed himself to death. After Cleopatra found Antony, she wrapped a poisonous snake around her arm.

This made Octavian the first emperor of the Roman Empire. Octavian was a smart politician. He lived in a simple house, and did not give costly parties. Octavian had little trouble with the senate. He did keep power of the army and tax collecting. This was the beginning of what became known as the Roman Peace. This peace lasted for 200 years.

Octavian took the name Augustus. He was followed by members of his family. 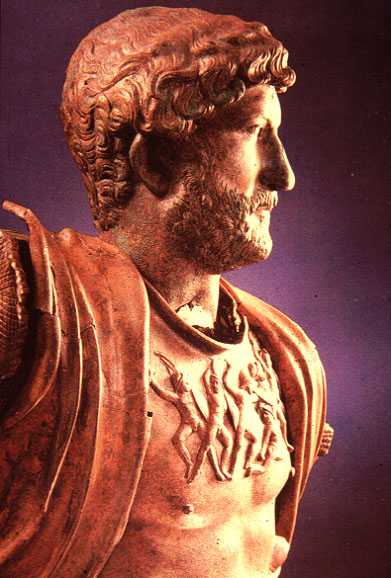 In the year 117 AD, a great general named Hadrian became the emperor. He strengthened the frontiers and built a stone wall across northern Britain to keep out barbarian tribes. 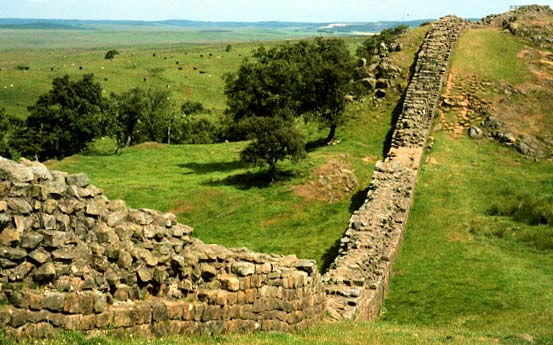 In Judea, the Roman army put down a revolt by the Jews. Thousands were killed.

During the 200's, the Roman Empire reached its greatest extent. Barbarians began attacking its frontiers. Southern German tribes attacked Northern Italy. The Germans were defeated, but they were a constant threat.

The Fall of the Roman Empire

After the emperor Marcus Aurelius died in 180 AD, the Roman Empire began to crumble. Several things went wrong. The army became powerful. It could pick emperors. The senators were also very powerful. Many became greedy. The senate began passing laws for the good of themselves and not for the good of the people. The government cheated on the coins they made. Less and less pure gold was added to the coins. Instead copper was added. The birth rate fell. When this happened, outsiders had to be brought in to do the work and keep the army going. 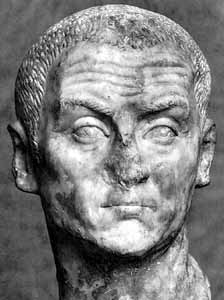 In 284 AD an army general named Diocletian was declared emperor by his troops. He felt the empire was too big to manage from one place. Around the year 300 AD, he began to appoint co-emperors. One co-emperor set up his capital in Greece at Byzantium. It was renamed Constantinople after the new emperor Constantine.

Finally Rome fell to the army of Alaric in 410 AD. Alaric was a Visigoth, but he had been living in the Roman Empire. Alaric marched on Rome and took it without much trouble.

Small tribes moved into the empire. Sometimes they settled in a place and other times they stole what they could and moved on. These tribes overran the Western Roman Empire all the way to North Africa. They never took Constantinople. Constantinople held off its enemies until it was captured by Turks in 1453 AD.

Click the images to go to the individual pages. 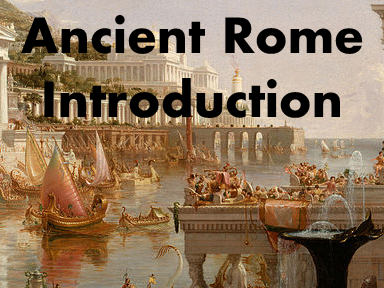 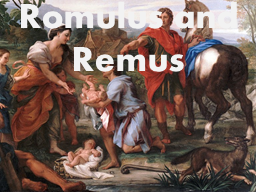 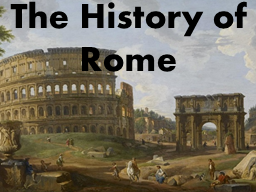 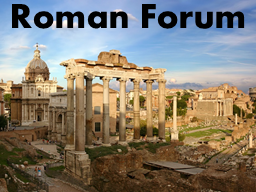 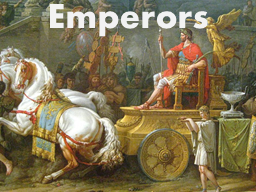 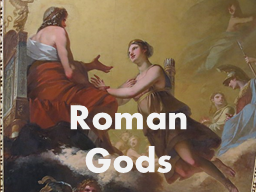 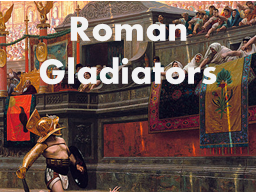 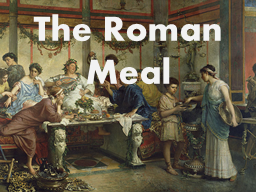 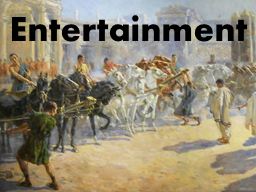 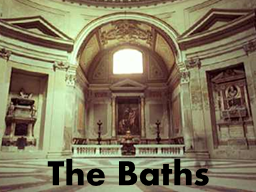 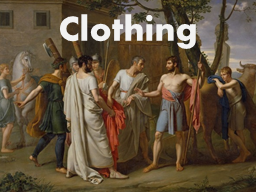 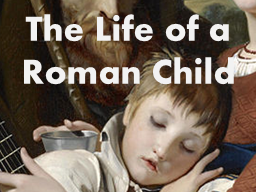 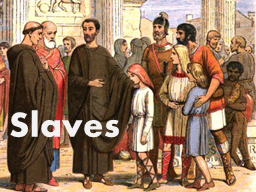 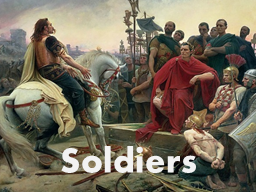 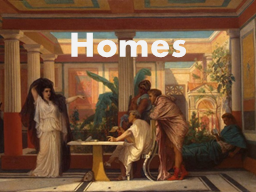 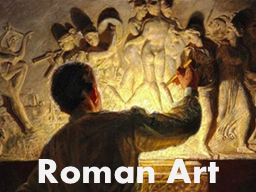 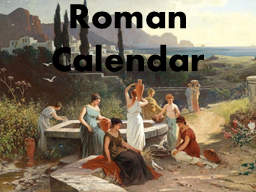 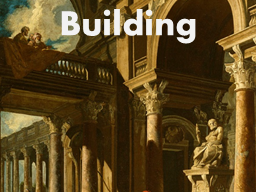 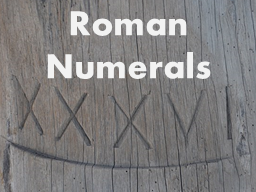 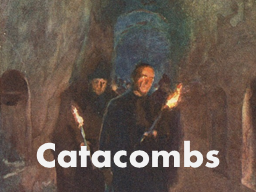 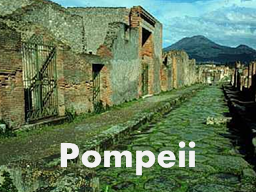